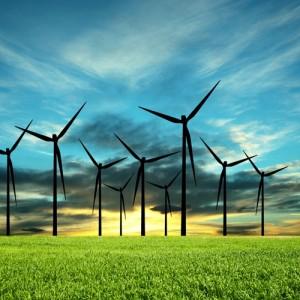 Facebook went public with plans to open its fourth data center in Altoona, Iowa in April. Recently, the social media giant announced that when the facility opens, it will be completely powered by renewable energy sources.

The company began construction on the new Iowa data center earlier this year, and hopes to have the facility up and running in early 2015. The facility's electricity resources will be supplied by a local wind project in Wellsburg and other renewable resources in the state.

According to Facebook, the company initially worked with local wind developer RPM Access to kick off the data center power alternative project. However, Facebook recently granted rights to MidAmerican Energy to develop, build, own and operate the wind undertaking.

In addition to the construction taking place in Altoona, Wellsburg is also buzzing with activity as people work to build the location that will house the wind project. Facebook forecasts that construction on the wind farm will be completed in 2014, shortly before the data center is set to open.

Fostering a Wind Project
Facebook said it selected Iowa for its newest facility largely due to the potential to participate in renewable resource activities.

"When we settled on Altoona as the location for our fourth data center, one of the deciding factors was the opportunity to help develop a new wind project in the state," said Vincent Van Son, Facebook's data center energy manager.

Once construction is complete, it will make an additional 138 megawatts of wind capacity available on the Iowa grid. Earth Techling reported that MidAmerican Energy is also working on four other wind farms in the state, which in total will add 448 new wind turbines and 1,050 megawatts of wind energy to the grid.

Facebook stated that these resources go above and beyond what the new data center will utilize, and will serve to power other locations in the area as well. In addition to the abundance of renewable energy, the wind project will also provide new employment opportunities. Earth Techling stated that the Siemens factory in Fort Madison will be constructing the blades for all five of MidAmerica's wind farms.

Data Center Design
Facebook also stated that its Iowa facility will utilize the data center design concepts available from the Open Compute Project, an online global community of engineers and data center designers. The initiative makes data center design models and concepts publicly available, including those related to storage, hardware and scalable computing, according to the project website. Its purpose is to serve as a platform through which individuals can make their intellectual property open for use by others in the industry.

Facebook stated that the Altoona center will soon join the ranks of its facilities in Oregon, North Carolina and Sweden, which also utilize data center designs from the Open Computer Project. Van Son stated that Facebook's facilities are among the most sustainable, productive data centers.

Overall, the company plans to have 25 percent of its global data center facilities run on renewable resources by 2015.