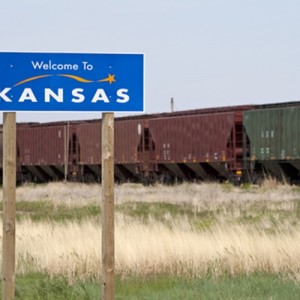 The company, which launched cyber colocation services in 2007, is a leading provider of data centers, involved in the development, leasing and operation of customized facilities. Cavern currently operates out of a 3 million-square-foot underground structure in Kansas, where its Energy Star infrastructure is housed. The data center layout features specialized power, cooling and security features to meet the needs of customers' IT needs. Cavern Technologies seeks to provide customers with tailored business solutions supported by its data center infrastructure design, which decrease the cost of colocation data center ownership.

Continuous Expansion of Facility Services
This marks the third year in a row that Cavern will increase the size of its data center, most recently adding 31,000 square feet to its underground facility in December 2012.

The current build will offer additional customer suites, and the company announced it began the process of putting space at this data center for lease on the market. The project is set to be completed and online by January 1, 2014.

"With Cavern's focus on the infrastructure piece, including the space, power, cooling, security and bandwidth our client's IT department can focus on their unique mission critical business operations," Pete Clune said.

Additionally, John Clune said Cavern prides itself on exceeding clients' expectations while becoming not just a service provider, but a true partner. According to the company's website, Kent Gaft, SCL Healthcare System director of technology, agreed, saying the organization's connection with Cavern goes beyond that of the conventional landlord/tenant exchange.

"They have been our partner," Gaft said. "Cavern has accommodated and guided [SCL Healthcare System] as our need for power, cooling and space increased. We look forward to a long term partnership."