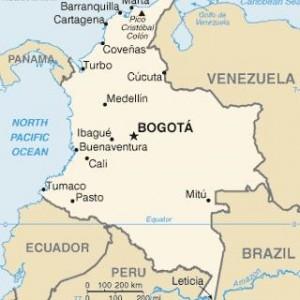 IBM, a leading technology provider, recently announced that it will make a $17 million investment in a new Colombia data center. The Bogota facility data center design will focus on making cloud computing and big data services available to local businesses in need of solutions to meet increasing demands.

The company's cloud offerings encompass a variety of customer needs, including IaaS, PaaS, SaaS, private and hybrid infrastructures, as well as consulting and community services. According to the company's website, its technology is able to drive growth within the business, providing the means for company innovation, software and mobile app accessibility and self-service options.

Past Global Cloud Projects
This newest contribution comes in the wake of a previous investment, as IBM financed the build of an $8 million data center in Colombia, which opened in 2011.

Colombia has been a growing service area for the company. The 2012 Colombian Superintendency's Report showed that 88 percent of the top 100 companies were IBM clients. These companies account for 40 percent of the national GDP, the report stated.

The company opened another data center in Lima, Peru in August of this year. The facility was also built in response to rising IT service demands within the country, and the data center layout of the structure made it one of the most scalable, resilient and energy efficient centers in Peru.

IBM representatives stated that the Peru facility was part of the company's commitment to the country. IBM has operated in Peru for more than 81 years, and invested $38 million in IT services in the country within the last decade.

The company also opened other facilities since 2009, scattered in Brazil, Mexico, Costa Rica, Chile, and Uruguay. Including the data centers in Peru and Colombia, IBM has more than 400 data centers in its global network.

Colombia: One of the Fastest Growing Areas
The most recent company investment in Colombia comes in the same time frame as the announcement that the country is one of the fastest growing locations for outsourcing data center services. Colombian consulting firm Vision Growth Consulting stated that the market experienced 15.3 percent growth in the country in 2013, primarily as a result of increasing cloud computing services.

"In the current competitive environment, Colombia companies are looking for high value solutions that help them solve complexity through innovation and business insight by addressing organic growth and productivity issues," Thiermann said. "Our new data center and our professionals aim to contribute to the private and public companies' development and the countries [sic] progress."