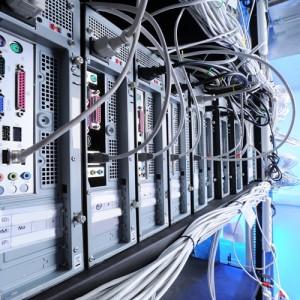 Canada data center activity has considerably increased since the beginning of the year, with Salesforce.com Inc., OpenDNS and IBM all announcing plans for new facilities in the country.

Canada has been a hot spot for the data center industry recently due to its cool climate, low risk of natural disasters and availability of skilled IT workers. The region also boasts low utility costs, an attractive benefit for data center service providers.

“What we like to say in the province of Quebec is that electricity is cheap and green, and power distribution is good, in terms of the impact on the data center,” noted Patrick David, Groupe Datareal president. “Basically, you don’t have downtime due to lack of quality in the distribution network.”

With rising customer demands in the country, more operators are looking to establish Canada data centers.

Gartner shows that Salesforce.com is currently the leading social CRM solution provider in Canada, and the client demands the company is seeing are due to rise in the near future. Gartner noted that the software market is poised to grow by 8.7 percent, and data center revenues will reach $3.4 billion this year.

Overall, the two new Canada data centers will help Salesforce.com provide services to a rising number of clients in the region, including small- to mid-size organizations requiring CRM and cloud services.

OpenDNS’ Andree Toonk noted that the company has selected space in the Equinix Toronto data center, which provides connections to several Tier 1 providers. The company evaluated a number of different locations in the country, but decided to leverage sites in Toronto because it is a major Internet hub. Vancouver was selected due to its connectivity benefits as well.

“One of the major differentiators for Vancouver is the recent (re)birth of a new Internet Exchange, the VANIX,” Toonk stated. “We believe that with the new VANIX Internet Exchange and the brand new carrier neutral Cologix facility, Vancouver has the potential to become a major Internet hub for Canada.”

IBM Adds Another Toronto Data Center
Last year, IBM announced a $1.2 billion investment to expand its global cloud reach. As part of these efforts, the company has decided to construct a Toronto data center, which will be one of 15 new facilities throughout the globe. IBM’s new Canada data center will leverage the SoftLayer platform, which includes a privately-established 2 Gbps network linking the organization’s facilities.