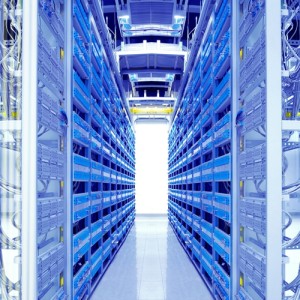 In mid-November, social media giant Facebook announced the opening of its newest Iowa data center in Altoona. The facility represents the first of two data centers that will eventually be built at the location.

The Iowa data center deals with the data traffic of approximately 1.35 billion Facebook users, and the company decided it needed a new approach to the facility's structure. The traditional data center infrastructure is based around clusters of machines, but Facebook's applications quickly outgrew this cluster-style.

Facebook's New Pod-Style Network
The Altoona data center utilizes a new strategy, where the entire facility operates through one high-performance network. Instead of clusters, the Iowa data center features server pods connected to one another to create the single overarching network. Each pod includes 48 server racks, representing a much smaller construction than the previous cluster style architecture.

Facebook is calling this new pod approach to its network a new "data center fabric," which is more efficient and cost-effective.

A Shift in the Data Center Hardware Industry
However, this new structure could translate to considerable losses for Facebook's usual switch merchants like Cisco and Juniper. Instead of leveraging hardware from these industry giants, the company now utilizes less expensive top-of-rack switches from lesser-known Asian network vendors. Experts are predicting that Facebook's shift away from expensive, heavy hardware components could lead the way for others in the data center industry to leverage such an approach.

"In essence, it has abandoned the hierarchical model, moving away from the enormously expensive networking gear that used to drive the core of its networks," Wired contributor Cade Metz pointed out. "Now, it uses simpler gear across the length and breadth of its network, and by creating a new way of routing traffic across this network, it can use this gear to actually improve the efficiency of the data center – improve it by leaps and bounds."