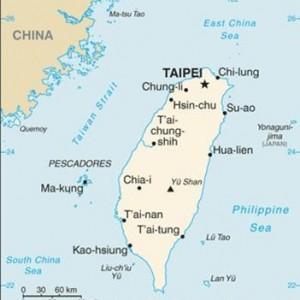 Google recently announced plans to invest $600 million in the company’s Taiwan data center. The ROC Ministry of Economic Affairs stated that this investment will make the facility the biggest in Asia.

The area is a promising location for Google, as the local information and communications technology industry is known for producing servers, storage, energy saving technology and other hardware needed within a cloud computing data center. Additionally, the Taiwanese government is reportedly a strong supporter of the technology sector, and hopes to make the region into the cloud computing hub of Asia-Pacific.

“Google choosing Taiwan as the location for its biggest cloud computing center is Asia is a milestone for the nation’s cloud computing industry,” said Liang Kuo-hsin, deputy minister of economic affairs, at the ceremony celebrating the investment.

The location is also attractive for Google as it is a region of significant growth in Internet users. Kava said the number of users in India recently doubled from 100 million to 200 million in a short period of time.The same achievement took the U.S. six years to reach. The company hopes to capitalize on the increase with the newest Taiwan data center, as well as another facility in Singapore, the company’s first data centers in Asia.

“And this growth probably won’t slow for some time, since the majority of people that have yet to come online also happen to live in Asia,” Kava said.

The company also plans to utilize the support of its Taiwanese partners to help take advantage of the growth in the area. Kava said the company plans to establish additional data centers with these organizations in other parts of the world as well.

Furthermore, the investment will be beneficial for Taiwan, as it will spur development of the region’s cloud computing production industry.