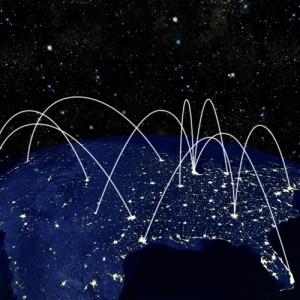 Recent data center research from Gartner showed that if organizations want to hone their service delivery and cut costs, they should limit their footprint to two data centers per continent.

Gartner advises the twin data center strategy in every country where the company has major business activity. In this way, businesses do not needlessly overspend on too many data center locations and can save a significant amount in operational costs.

“It’s a fact that most global organizations run too many data centers in too many countries,” said Gartner research vice president Rakesh Kumar. “This is normally the result of business expansion, either organically or through acquisition over many years.”

However, instead of maintaining all sites of the original company as well as those of an organization that came as part of a merger, administrators should strategically choose locations that will support current operations and eliminate those that are unnecessary.

Furthermore, while a number of businesses add data centers during times of growth, they should carefully review their increasing needs and make changes within existing centers to support these demands. With this arrangement in place, the organization has the resources it needs and can save a significant amount in operational costs as well. According to eWEEK contributor Nathan Eddy, these savings could total hundreds of millions of dollars, depending on the size of the business, representing a considerable financial incentive for administrators to adopt such a practice within their organizations.

Kumar also pointed out that having a large number of facilities is not always a good thing.

“While the logic of business growth makes sense, having too many data centers results in excessive capital and operational costs, an overly complex architecture and, in many cases, a lack of business-IT agility,” Kumar said.

Gartner stated that for many groups, this practice will mean two data centers in North America, South America, Europe, Africa and the Asia-Pacific region. This will ensure that all areas of major business activity are supported. This will also streamline the efforts of the IT team, as less facilities can provide for better management over existing assets, Eddy noted.

When to Augment the Two-Facility Strategy
Although Gartner encourages businesses to follow such a model, the firm stated that there are some exceptions to the two-facility rule. Companies that offer disaster recovery and business continuity services that are compliant with industry standards many need three data centers per continent.

“For example, many banking clients will augment a twin data center strategy with one or more remote data centers that will typically be smaller and/or lower level,” Gartner reported. “These additional data centers act as a data repository with some production capabilities, and as a final defense in the event of a catastrophe.”

Gartner also pointed out that companies dealing with cultural or language differences may also need additional facilities to provide the needed resources. In addition, if administrators find that closing down one site and moving to a better location presents more issues than benefits, they should remain with their existing practice.

As one of the main goals of this arrangement is cost benefits, companies should take steps to ensure finances are spent optimally. Kumar noted that businesses should view these points as exceptions to the twin data center topology, but the practice should be implemented wherever possible.

Real World Examples
Gartner’s two-facility practice could be applied within several large organizations, which may currently operate too many data centers. While Google seems to follow this type of practice in Asia and Europe, they could consolidate assets in North America. The company has two data centers in Asia and three in Europe. However, Google has six facilities in North America, including data centers in South Carolina, Iowa, Georgia, Oklahoma, North Carolina and Oregon. By following Gartner’s recommendations, the organization could see significant savings and improved service delivery.