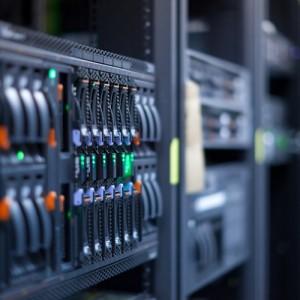 Recently, 3M and SGI unveiled a new two-phase immersion cooling technique that reduces water and energy consumption within the data center while ensuring that excess heat is properly removed and equipment does not overheat.

At the same time, officials in Seattle are pioneering a system that would better utilize the massive amounts of heat created in data centers. The project would siphon the warm air from two local data centers to heat nearby building space, according to CNN.

Both the supercomputer and processor are placed directly in the Novec Engineering Fluid, which serves as a dielectric to efficiently cool computing systems. The new technology also has a focus on data center sustainability, as it provides more reliable cooling that utilizes the minimum level of energy possible for optimal hardware performance. The two-phase cooling system has the capacity to reduce energy costs associated with data center cooling by as much as 95 percent. 3M’s cooling technology also lessens the amount of water needed in traditional evaporative cooling.

In comparison with other cooling approaches, 3M’s two-phase immersion system also utilizes up to 10 times less space than other systems while reducing the need for additional cooling infrastructure equipment. Overall, the cooling technology allows for up to 100 kilowatts of computing power per square meter and provides a smaller environmental footprint for data center sustainability.

Seattle to Reuse Excess Data Center Heat
3M also noted that heat created by data center hardware can be taken from the system and utilized in other areas of the facility for heating and other technological processes. A similar approach is being leveraged by Seattle officials, as they work on a project to harvest heat from local data centers and transmit the warm air to other nearby building space.

Almost half of total energy consumed by data centers is used to power the facility’s cooling system, which can be wasteful. Therefore, the city is working to leverage this heat by routing the warm air from two Seattle data centers to nearby buildings. This resource would then be used to heat as much as 10 million square feet of building space in the city.

Seattle is following in the footsteps of Munich and Vancouver, which currently route heat from local data centers to heat small portions of the cities. One challenge to such a project is that data center developers often choose remote areas for facility builds, and the heat reuse project requires that the data center be located near the buildings that will utilize the excess heat. While the initiative is currently in the conceptual phase, officials hope to launch the project within the next year.