Data Center Security and Virtualization in 2014 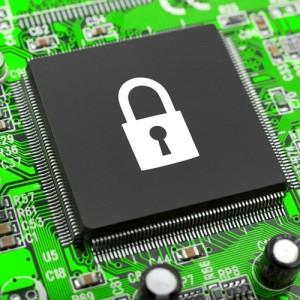 The new year will bring a number of changes to data center processes for both facility operators and clients. One of the most notable is an increased focus on data privacy.

During the past year, many companies expressed concerns over the security of information being stored in data centers and accessed through the cloud. This prompted several businesses to take additional steps to secure this data and address customers’ worries. Recently, Microsoft announced that it plans to encrypt all client information that travels between data center facilities, a process which has already begun and will be completed by the end of 2014. Brad Smith, Microsoft general counsel and executive vice president of legal and corporate affairs, said the company hopes this will encourage users to access data stored in its facilities through official legal processes.

According to InfoWorld, these actions come mainly in response to apprehensions about government surveillance and unauthorized access to sensitive information in data centers by third parties. Customers are now storing increasingly sensitive data within facilities on a more regular basis, and new reports that government agencies may be tapping into data centers have led others to follow Microsoft’s lead in providing stronger protections. Both Google and Yahoo have stated that they will also boost data encryption within their facilities.

Yahoo announced that it plans to implement Secure Sockets Layer encryption in its data centers featuring a 2048-bit key throughout the network. This process will be completed by Jan. 8, 2014.

Matthew Green, cryptographer and assistant research professor at Johns Hopkins Information Security Institute, told Network World that these organizations have realized that cloud services will make up a large percentage of their revenues in the coming year. For this reason, they must take steps to ease customer worries about data security and encourage adoption of the technology.

“It requires the right custom software â€“ software that must be installed on every single machine â€“ and it requires some extra computation, which is going to have some impact,” Green said.

With these systems in place, clients have increased confidence in their service provider as well as peace of mind when it comes to the security of sensitive, company-owned intellectual property.

Increased Focus on Network Virtualization
Privacy won’t be the only objective impacting the data center industry next year. Experts are also forecasting a surge in network virtualization, in which clients rely on data center facilities to optimize their infrastructure through virtual servers. TechTarget stated that this comes as a result of new innovations in software-defined networking, although the virtualization process will occur on a smaller scale at first.

Industry researcher Eric Hanselman predicted that organizations will cautiously invest in network virtualization as data center operators grow their service footprint in this area. Customers will take advantage of services like virtualized domain name system environments, virtual firewalls and load balancers, however these technologies will have to be tied into overall business processes.

“[Virtualization] has to be integrated into how they run their business and integrated into the process of all the government, risk management and compliance issues,” Hanselman said.