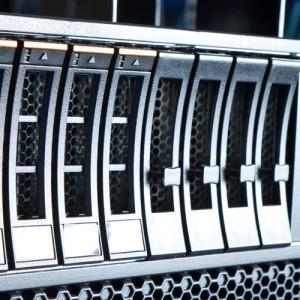 Last year was a successful one for DuPont Fabros Technology, which renewed several data center leases and saw increasing share values. Additionally, the company has continued this momentum into 2014 with the development of a new data center design being used at the company’s Ashburn facility and a water conservation project.

The company’s fourth quarter 2013 earnings release also noted that its new Ashburn data center, ACC7, is under development. The project is currently in Phase 1, comprising 11.9 megawatts. Once completed, the data center will support a total of 41.6 megawatts of critical load. Fatah also noted that the company is proud of the engineering and design elements being utilized for the ACC7 project. The organization expects that the overall cost for the new data center will be approximately $7.4 million per megawatt, excluding capitalized interest, which represents savings of about $400,000 per megawatt, or 5 percent in comparison with ACC5.

The new design features adjustments in power distribution location and voltage, as well as changes in power density that provide 99.6 percent efficiency. The facility will also include a range of 120 to 230 watts per sqaure foot in computer rooms and the capacity to separate rooms depending upon client requirements.

A main advantage of the new design is boosted facility efficiency. The organization expects that the PUE rating for ACC7 will be less than 1.14 when operating at 75 percent load levels, and 1.13 at 100 percent load level. This reduced PUE comes as a result of several components within the prototype design, including a new cooling plant layout and innovations in electrical distribution technology. The facility will represent the company’s first shift to medium-voltage distribution within a data center. Davis also highlighted the green data center design being used.

“In addition, the facility will be LEED certified,” Davis said. “And as a result of our medium-voltage solution, we are using less copper, steel and PVC than ever before.”

Data Center Water Conservation
DuPont Fabros also recently announced the use of reclaimed water at its Ashburn Corporate Campus, which will be utilized in the evaporative cooling plants at four nearby data centers, ACC3, ACC4, ACC5 and ACC6. Together, the facilities boast more than 1.1 million total square feet of space and 112 megawatts of available critical power resources.

The company stated that once completed, ACC7 will also utilize reclaimed water to cool IT equipment in its 446,000 gross square feet of space.

The use of reclaimed water falls in step with DuPont Fabros’ sustainability efforts and supports clients’ environmental objectives to curb the organization’s use of potable water.