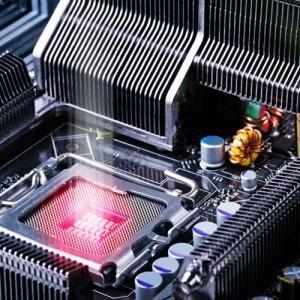 Recent data center research from Frost & Sullivan noted that there will be considerable growth within the data center cooling market through the next four years. The report, “Analysis of the Data Center Cooling Market,” stated that the North American sector reached $1.12 billion in revenues in 2012, and is poised to nearly double by 2018, likely hitting $2.04 billion by then.

MarketsandMarkets research released in January, forecasted even further growth, stating that the global data center cooling market reached $4.91 billion in 2013 and will expand to $8.07 billion by 2018. This market growth will come at a compound annual growth rate of 10.4 percent over the next four years.

“Data is increasingly being perceived as a vital asset, and there are substantial retrofit opportunities for cooling systems in legacy data centers that still run outdated cooing equipment, and therefore, spend inordinately on cooling and emit large quantities of greenhouse gases.”

Cooling systems utilize as much as 40 percent of total facility power, it is important to improve this technology for best-in-class data center sustainability and lowered operating costs.

Trending Data Center Cooling Systems
As some operators seek to deploy new cooling systems, it is important to consider the trending technologies available on the market. One such technology is liquid cooling, which utilizes water or other fluids for rack-based, direct-to-the-chip cooling. Such systems provide negative liquid pressure to remove excess heat created by each individual server.

Many data centers are now implementing heat energy conversion, a sustainable technology that provides cooling as well as a means to recycle waste. For example, IBM’s heat energy conversion system utilizes hot water exiting the facility for under-floor heating, while cooling the water down upon re-entry.

Another trending cooling strategy does not hinge upon the technology being used within the facility, but rather on the site chosen and the surrounding environment. Many companies including Facebook and Google have established data centers in cold regions to benefit from free air cooling by leveraging outdoor air or nearby water sources. Google’s Finland data center, for instance, utilizes seawater in its cooling system.

Another unique cooling technology that may also make its way into data centers in the future utilizes a water cooling system that is enhanced with “corrugated columns of thermally conducting material” to remove heat from pipes. The technology is designed for mobile or containerized data center applications and IBM has filed a patent for for the system.