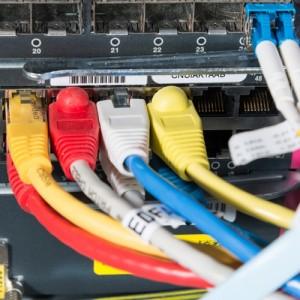 Recently, Microsoft announced plans to build another Iowa data center, a structure that would represent the biggest computing facility in the state. The tech giant chose Iowa over its other choice, Washington, due to the data center tax incentives being offered there. Microsoft’s $2 billion capital funding is the largest commitment by an enterprise the state has ever seen.

Just as Microsoft was looking forward to cost savings related to Iowa’s mild climate, the weather patterns seem to have shifted recently. This change could have a considerable impact on the Iowa data center project. Historically, the state boasted a temperate environment with low humidity and mid-range temperatures. Recently, however, the state has experienced a stark change, including record low temperatures in July 2013, as well as near-record breaking high temperatures this past May.

This could shatter the company’s operating cost estimates, as it would require additional energy consumption for cooling.

“At Iowa’s [electricity] prices, that’s a little over $56.7 million in annual energy costs,” stated FierceEnterpriseCommunications contributor Scott Fulton. “So the $20 million tax break is worth a bit over 4 months’ worth of electric bills.”

Top Considerations When Selecting a Data Center Location
While Microsoft’s current predicament in Iowa was not easy to predict, weather patterns are just one part of the equation when it comes to selecting a data center site. Operators must be sure that their chosen location will provide the best environment for the facility, as well as any geographical benefits that may come along with it.

TechTarget’s Matt Stansberry suggested thinking about the goals of the community and potential staffing resources. Supportive government authorities and other organizationsare important, as is a strong, intelligent local workforce that the data center organization can take advantage of.

Similar to Microsoft’s choice to locate in Iowa over Washington, data center operators must also consider the data center tax incentives they could be entitled to in a particular state. These could range from property tax breaks to exemptions from sales tax on computing equipment. Decision-makers should do their research and find out the available benefits and what the company has to do to qualify.

According to Intel, there are three top criteria to consider when choosing a data center location: environmental conditions, WAN and power resources. Taking into account the region’s long-standing and recent weather patterns can help narrow down the choices, especially if one area boasts a mild climate and low instance of natural disasters. Furthermore, close proximity to data center fiber optic lines and utility providers can also make one location more attractive than another.