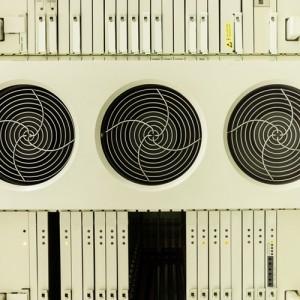 Recently, a number of data center operators have grown their service footprints in response to increasing customer demands. Whether this expansion comes in the form of a completely new facility, or additional space built onto an existing data center, each requires additional energy consumption and utility costs.

Much of a data center’s electricity usage is devoted to cooling systems, making this a good place to start with energy consumption reduction efforts. Mestex president Mike Kaler noted that rising consumer needs require data centers to utilize more electricity, half of which is used for cooling purposes.

The American Society of Heating, Refrigerating and Air Conditioning Engineers (ASHRAE) regularly releases information on the recommended data center temperature, which was raised to 77 degrees Fahrenheit in 2004. Then, in 2008 it reached 81 degrees F and was again raised in 2011 to 113 degrees F, depending upon the type of facility.

Data center managers should use their best judgment alongside the ASHRAE recommendations when adjusting the temperature of the facility. However, a higher temperature can result in less reliance on the cooling system as well as a reduction in electricity usage and utility costs.

Free Air Cooling
Another technique becoming popular for data center cooling is free air cooling, where systems leverage cool air from directly outside the facility. However, this strategy requires a specific local climate that allows for this type of cooling.

“For example, if the choice is to run a data center at 86 [degrees] F (30 C), an external air temperature of lower than 77 [degrees] F (25 C) might be cool enough to require no additional cooling – as long as moisture levels remain within required limits,” Longbottom wrote.

Adding Cooling Only As Needed
Data center operators that expand their facilities can also consider adding cooling units as needed to cool the additional capacity. Mestex recently released a new cooling system that utilizes this approach, Aztec Evaporative Cooling Units, which allow individuals to add “plug-and-play cooling units” as needed. Mestex noted that this type of technique can reduce power consumption by up to 70 percent in comparison with traditional air conditioning.