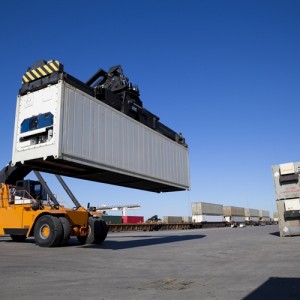 When conducting data center research, organizations should keep in mind that rapid deployment modular data centers and containers are mature and scalable options to satisfy immediate and long-term demand. Modular data centers fall under the umbrella of converged infrastructure, system architecture solutions that can be more easily implemented and removed from scalable IT networks and are optimized for efficient energy usage. They’re designed to be deployed quickly and at a fraction of the cost of traditional construction. Modular data centers are also more reliable, with components and connections tested at the factory. The industry is seeing increased usage across several verticals, with the market for modular data centers expected to hit $40.4 billion by 2018, good for a compound annual growth rate of 37.4 percent from 2013 to 2018. Of course, the vast majority of these “modular” data centers are not arriving in a box.

Such significant growth has led to a market that is increasingly crowded. This saturation could make it appear that the market has been commoditized, when in fact there are key disparities between providers that merit attention when organizations are considering their next move.

IO
Located in Arizona, IO started to prioritize modular designs in 2010. Today, IO is one the leading providers of factory-ready modular data centers. The IO.Anywhere product can be fully operational at a Tier III capacity within 120 days, and IO.OS is billed as “the world’s first data center operating system,” capable of providing intelligent control of colocation infrastructure for analytics and visualization projects, according to their website. Sys-Con Media recently said that IO is “uniquely positioned” to meet the data center demands of federal agencies. IO has been touring with Fortrust Data Centers, an early adopter (and WiredRE client) and strong advocate, and recent wins at their own facilities have given IO some notoriety.

Datapod
Originally from Fyshwick … “Yes, I said Fyshwick” …Australia, and operating internationally out of its U.S. branch in St. Petersburg, Fla., Datapod offers prefabricated modular data centers that prioritize energy efficiency, scalability and a variety of pre-construction and ongoing support services. Like IO, Datapod claims to utilize advanced “Data Center 2.0″ technology, which aims to improve on the scalability, infrastructure performance and power management of first phase facilities. The company recently exported its first data centers to Europe and is expanding its market share in the Asia Pacific region. They are aggressively pursuing deployment in several new markets, though actual deliveries are few as of today’s date.

AST Modular
The company has expanded from its headquarters in Barcelona, Spain, adding a U.S. satellite in Miami, Fla., as well as offices in South America and Asia. Aside from containerized data centers, the company also boasts modular components that can be integrated into existing data centers in its product line, according to its website. It also offers “ruggedized” versions of its data centers for deployment in harsh conditions, like oil and gas, offshore and military environments. AST established early channel relationships with IBM and several other global brands establishing an early lead in the space. However, our perspective is the “container” centric approach will remain a niche product.

Dell
Modular data centers number among Dell’s many computing solutions offerings. Like Datapod, Dell’s modular data centers are prefabricated and assembled onsite. Their data centers prioritize hyperefficiency and high scalability, and the company counts its custom data center design among its strengths, according to their website. Dell recently provided facilities to deal with information overloads at Victoria College in Victoria, Tex., increasing the university’s capacity to store, share and secure valuable resources.