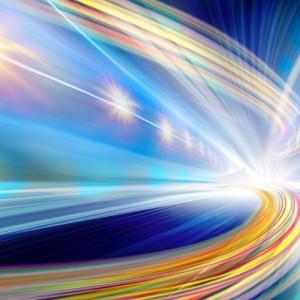 Netflix and Comcast recently announced an interconnection agreement with some interesting implications for Internet connectivity. The deal allows Netflix to pay Comcast more to boost the on-demand video service’s speed and reliability on Comcast’s Internet connections. Netflix speed declined noticeably in recent months, according to Business Insider, as the cable giant attempted to impose limits on the bandwidth Netflix uses.

As of November 2013, Netflix accounted for nearly 30 percent of all downstream traffic during peak hours in the U.S., according to Sandvine. YouTube uses about 19 percent, while no other individual application comprises more than 10 percent of peak-time traffic. It’s clear that Netflix is a unique case. However, along with concerns over carrier net neutrality, the prospect of an entity paying Internet carriers for more bandwidth raises questions about the future of traffic distribution. Comcast’s decision not to host Netflix’s servers directly in its own data centers also potentially complicates the increasingly tangled relationship between ISPs, data centers and broadband network intermediaries.

In a joint press release about the interconnection agreement, the two companies touted the long-term prospects of the deal:

“Working collaboratively over many months, the companies have established a more direct connection between Netflix and Comcast, similar to other networks, that’s already delivering an even better user experience to consumers, while also allowing for future growth in Netflix traffic,” the companies stated.

Implications for Data Center Net Neutrality
Since 2012, ISPs have connected to Netflix’s Open Connect network to improve video quality, according to Business Insider. However, ISPs, including Comcast, refused to connect directly to Netflix’s servers without payment, so Netflix has used Cogent Communications to connect to Comcast and other ISPs. Comcast, which Business Insider called “the big winner” of the interconnection agreement, will continue linking to Netflix at third-party data centers and charge on a per-gigabit basis.

As the video content delivery ecosystem continues to expand, fiber optic network design could be shaped by these facilities increasingly acting as intermediaries for big bandwidth consumers and service providers. Network design and capacity will be critical in the consistent delivery of high-quality, low latency content to consumer households.

The FCC would like to stop ISPs from charging for premium access to companies like Netflix, YouTube or Amazon that might give them an unfair advantage, citing that in the end consumers will end up paying more for monopolized bandwidth. In addition, a lack of net neutrality could very well stifle new companies who might attempt to compete in these markets.

While the terms of the deal circumvent the FCC’s proposed net neutrality rules, it does signal an early upper hand for ISPs, as well as the fact that at least one consumer-facing heavy bandwidth user is willing to pay more to ensure their content receives sufficient support. This could lead to a tiered traffic structure that from which data centers could potentially benefit.