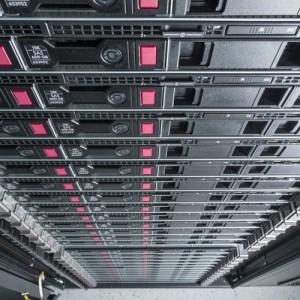 Currently, those in the data center industry are working to encourage the approval of a bill that would allow for Missouri data center tax incentives.

Fighting For Data Center Tax Incentives
According to the Kansas City Business Journal, Ora Reynolds, president of Hunt Midwest Real Estate Development, has lobbied government officials in Missouri to get data center tax incentives measure passed since 2009. Although she has been unsuccessful in getting the bill passed previously, Reynolds, along with other supporters of the bill, left smiling this year.

Missouri lawmakers approved the bill on May 16, the last day of the current session. However, efforts to implement data center tax incentives in the state don’t end there. Now, Reynolds and others in the data center industry have to convince Missouri State Gov. Jay Nixon of the bill’s validity.

Making Missouri An Attractive Data Center Location
If passed, the measures in question would allow for sales tax exemptions on the purchase of data center equipment, machinery, materials and electricity utilized for data storage or processing.

One bill being considered is Senate Bill 584, now known to lawmakers as “the data center bill.” The measure would prevent data center operators from paying sales tax on resources or equipment utilized or consumed during the construction and facilitation of the facility, including electrical energy and other utilities, stated the Missouri Chamber of Commerce and Industry.

The Chamber also pointed out that this bill would make the state a more attractive location for organizations seeking a data center site. Dan Mehan, Missouri Chamber president and CEO, noted that data center companies spend billions to construct data center facilities, and these industrial demands are currently on the rise.

“Missouri has taken a back seat, however, to other states that have implemented aggressive tax policy to recruit data centers to build there,” Mehan said. “This legislation could be a game changer for this business sector.”

Not Convinced: A Focus On The Financials
However, Gov. Nixon seems unconvinced of the bill’s value and potential in the state. After the measure was approved, Nixon questioned the General Assembly’s decision to pass eight tax exemption bills, focusing on how the legislation would impact the state’s budget. Nixon noted that these proposals, including the data center bill, would cause the state to lose an estimated $483 million in tax revenues. The Associated Press reported that Nixon called the session “a failure” and promised to veto bills to improve the state’s budget and financial outlook.

“In short, as a result of the Legislature’s actions today, the budget they presented to me is seriously out of balance,” Nixon said.

Reynolds, however, disagreed with the governor’s view, pointing out that investments made by the data center industry within the state would make up for the lost tax funds. Furthermore, she emphasized that without offering data center tax incentives, many companies would likely choose other out-of-state locations for their computing facility projects.

“Missouri has lost multiple projects to Kansas, to Oklahoma, to Arkansas because of not having the tax structure setup that these other states do,” noted Tracy King, Chamber of Commerce and Industry vice president of governmental affairs.