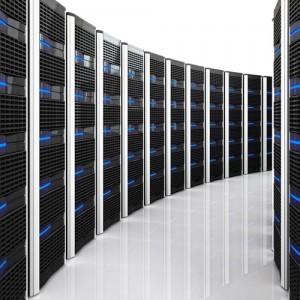 Recently, Microsoft announced plans to expand its San Antonio, Texas data center, as well as assist in data center sustainability research through a partnership with the University of Texas at San Antonio.

According to UTSA, the tech giant is planning to build a $250 million, 256,000 square foot data center next to its existing Texas data center. Microsoft launched its first facility in the San Antonio area in 2009 when it opened its $550 million, 470,000 square foot data center. Nearly seven years ago, one Microsoft executive noted that the Texas facility would not represent the end of the computing company’s investments in the region.

Partnership with UTSA: A Focus on Data Center Sustainability
On April 16, Microsoft and UTSA announced a three-year partnership, the goal of which is to develop data center research and to improve facility sustainability by engineering more green technology. Microsoft also donated $1 million in support funding to UTSA to further the institution’s data center research and technology programs.

“Our objective is to bring together technology, economics and commercialization to create a smart intelligent energy system,” said UTSA research vice president C. Mauli Agrawal. “We want to identify economically viable technologies that will reduce the environmental footprint of data centers.”

The partnership will also help Microsoft better manage the power consumption and distribution at its new Texas data center. By helping UTSA further its energy solution efforts, Microsoft will also foster a better understanding of how data centers can impact the local power grid.

“As companies’ needs for data centers continue to rise, this research agreement between UTSA and Microsoft is a step toward finding sustainable solutions to enhance the overall performance of these facilities and reduce energy consumption and carbon emissions,” UTSA Today contributor K.C. Gonzalez wrote.

The Decision to Develop Sustainability Efforts in Texas
Microsoft’s Brian Janous noted that besides already having a large Texas data center in the region, the company chose to further its data center sustainability efforts in San Antonio due to UTSA’s commitment to establishing a more sustainable computing facility. The university recently created the Texas Sustainable Energy Research Institution to reach these energy efficiency goals.

Furthermore, the tech giant’s first Texas data center represented one of the first facilities to leverage wastewater resources for cooling purposes and reduced energy consumption. A number of other organizations have followed suit since then, utilizing wastewater as a cooling resource. The company also recently signed a power purchase agreement with a local utility for wind energy which will span the next two decades.

“As San Antonio continues to scale up its commitment to sustainable energy, we see and opportunity to use data centers as a laboratory to demonstrate how to support bringing more distributed energy generation on to the electric grid,” Janous wrote.