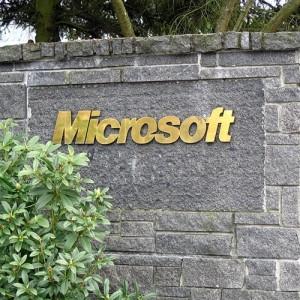 “This expansion is evidence of the continued demand for Microsoft’s cloud services such as Office 365, Bing, Skype, Xbox Live and the Windows Azure platform across Europe, the Middle East and Africa,” Hallahan said.

This is the second time the company is adding space and resources to its Ireland facility after first expanding it in February 2012. The company opened the Dublin data center in 2009. Microsoft stated that this most recent round of construction, which is already underway, will be completed by spring 2014.

Microsoft will invest an additional $279 million (â‚¬170 million) bringing the total investment in the facility to nearly $1 billion (â‚¬594 million). Besides furthering their capabilities and service footprint in the region, the construction at the data center site will also create 380 temporary jobs. Furthermore, once building is complete and the facility is open, the current team of 80 members will grow to approximately 100 to maintain and operate the data center.

Microsoft is also heavily focused on data center sustainability at the Dublin facility, which has been one of the world’s most energy efficient data structures since it opened four years ago. The data center boasts an annual power usage effectiveness rating of 1.25 during top consumption periods, which is about 50 percent more efficient than comparable facilities.

The data center also uses chilly outside air to cool equipment and utilizes 1 percent of the water compared to other facilities. Additionally, the data center design allows about 99 percent of all facility waste to be recycled.

A Region of Data Center Growth
Eamon Gilmore, minister of foreign affairs and trade, said the area welcomes Microsoft’s increased commitment, as the company was one of the first multinational organizations to invest in Ireland.

“As a country, we have a strategy to become the Cloud Centre of Excellence and the country of choice for data center investments. Microsoft contributed greatly to this strategy when it chose Ireland as the home for its first mega data center outside of the United States,” Gilmore said. “We are delighted that Microsoft continues to choose Ireland as a location and welcome the decision to further expand its footprint in Dublin.”

Gilmore also said the country realized that the aspects which attracted Microsoft to the Dublin area were region specific, and could also entice other data center operators to invest in the area.

Richard Bruton, minister for jobs, enterprise and innovation, echoed Gilmore’s sentiments, stating that there have been major announcements in the data center sector recently, and Microsoft’s additional investment is one of the most notable.

“Big data is a sector which offers great potential for Ireland, and which we have targeted as part of our Action Plan for Jobs,” Bruton said.