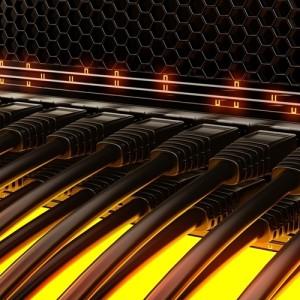 Reuters reported that the world’s second-largest telecom service provider will construct its facility in the Iskandar region near Singapore, buoyed by financial assistance from Malaysian state investor Khazanah Nasional. The data center layout of the new structure will include 90,000 square feet of space and will also create 600 new employment opportunities in the area.

Huawei is just one of several organizations that have been investing in Malaysian data centers due to a variety of financial and data center real estate benefits being offered in the country.

Study Predicts Malaysian Market Growth
A recent study by Frost and Sullivan forecasted significant growth in the data center industry of Malaysia within the coming years. The report stated that in 2012, the regional data center services market reached annual revenues of $112.5 million, representing a 15.9 percent increase from 2011 totals. The research firm predicted that the market is set to more than double, hitting $355.9 million by the end of 2019.

The Malaysian data center market offers businesses seeking to grow their service footprint a variety of advantages, including several benefits stemming from its geographical location. Because the country has an extremely low risk of natural disasters, including earthquakes, volcanoes and severe storms, it is a prime location for organizations offering disaster recovery.

Additionally, as the Malaysian government has a goal of reaching 5 million square feet of facility space by 2020, officials recently began offering data center tax incentives to companies planning builds there.

Organization Established to Aid Data Center Market Growth
In October 2013, officials announced the establishment of the Malaysian Data Centre Alliance, an organization aimed to supervise the deployment of data facilities within the country. The goal of the group is to create a data center hub to attract businesses to Malaysia.

“The data center sector was identified as a key growth area under the Economic Transformation Progamme and has in the past couple of years shown steady progress,” he stated.

Dato’ Seri Ahmad Shabery Cheek said the incentives being offered through the organization will help further expand the country’s data center industry, contributing several billion to Malaysia’s gross national income by 2020. The group hopes that the current market environment will lead to extensive growth within the country in the coming years.