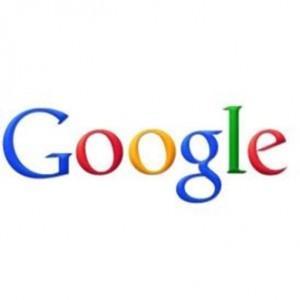 Sources close to Google stated the search engine giant plans to increase its investment in a data center facility in Hamina, Finland.

According to Reuters, Google bought the facility from Stora Enso, a Finnish paper company, in 2009. The company initially invested $275.65 million to convert the Summa Mill paper production facility into a data center, finishing the first phase of the project in September 2011.

In August 2012, Google financed an additional $150 million in the data center project. According to Google, the second round of spending was allotted for phase two of the conversion project, which included the restoration of a machine hall designed by Finnish architect Alvar Aalto. Phase two will last 18 months total, with 500 engineers and construction personnel working to meet the February 2014 deadline.

Reuters stated that the company will soon announce another round of data center finance and investments in early November 2013. While it has not been confirmed how much Google will contribute, the news source stated that Finland’s Prime Minister Jyrki Katainen is planning to attend an event in Hamina on Nov. 4, 2013. However, Wired contributor Cade Metz stated that Google is incredibly protective of its data center design and technology plans and may not allow government officials to enter the facility.

Converting a Paper Mill to a State-of-the-art Data Center
According to Metz, the initial purchase of the Summa Mill cost Google $52 million even before the extensive reconstruction process.

Metz stated the mill design featured underground tunnels running to the Baltic sea, which Google utilized to cool the facility’s servers. The company included the tunnels in the new data center design, utilizing pumps to push cold sea water from the Gulf of Finland into the facility’s cooling system.

Joe Kava, Google vice president of data centers, told Metz that many in Google’s camp had mixed reactions about using the paper mill facility, which was built in 1953, as a framework for a state-of-the-art data center. However, existing systems had a lot to do with the new data center sustainability.

“We were actually excited to learn that the mill used sea water for cooling,” Kava told Metz,”We wanted to make this as green a facility as possible, and reusing existing infrastructure is a big part of that.”

According to Metz, the original paper mill facility closed due to decreased demand for newspapers and magazines, most likely a result of the rise of the Internet. Therefore, it is fitting that a company like Google will utilize the mill for its data center.