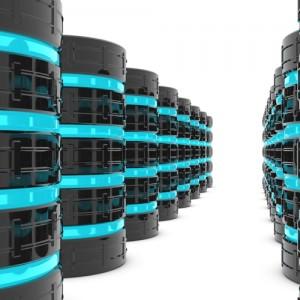 What is the Open Compute Project?
In 2009, a team of Facebook engineers came together to address the issue of data center sustainability. The group’s goal was to find efficient and economical practices for scaling facility infrastructures. Due to the efforts of the engineering team, Facebook was able to implement a 480-volt electrical distribution system and reuse hot air created by computing equipment to heat office space. These, along with other sustainability practices, were deployed at the company’s Prineville, Oregon data center, resulting in a 38 percent reduction in energy consumption.

Due to the success of the data center sustainability initiative, Facebook decided to form the Open Compute Project, a program to allow for the sharing of specific configurations and best practices for establishing energy efficient, economical data centers.

How Open Compute Practices are Utilized at Facebook’s North Carolina Data Center
Facebook’s North Carolina data center also has leveraged several strategies from the Open Compute Project, including an air recycling system. Kevin McCammon, Facebook data center site manager, said there are several components at the facility that reuse air, including mechanisms to allow for 100 percent of the air required for heating and cooling to come from outside.

The facility also makes the most of its free-air strategy with pressurization. Heavy suction pressurizes the air, enabling it to be moved from one side of the data center to the areas needing heating or cooling. In one area of the facility, the pressurized air is pushed through a shaft connected with the server hall, allowing it to cool the computing equipment. After being pushed through the cooling system, the air is suctioned into the hot aisle and either pushed to another area for heating, recycled for other purposes or is sent outside the structure.

The North Carolina data center utilizes Munters mesh within its cooling system to manage the temperature and bring air to the correct level depending on how it will be used. The cooling technology was designed to consume 80 percent less energy than other conventional systems, and also removes the need for reverse osmosis, effectively reducing water consumption as well.

Open Compute approaches are also leveraged in the server room. The data center includes Open Compute database servers, which utilize flash components for storage. The server design is approximately 40 percent more efficient than other database hardware currently on the market.