Arizona Data Center To Be Plugged Into Power Grid 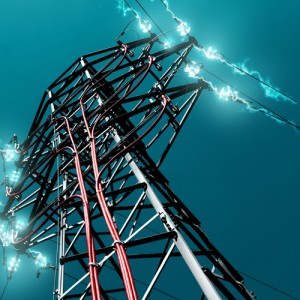 Power resources are incredibly important to data center operators, especially when redundant sources are needed to ensure reliability, which is why many companies have been looking for new approaches for supplying energy to their facilities.

Arizona Data Center: Pilot Power Project
Now, an Arizona-based utility provider has partnered with a technology vendor on a one-of-a-kind data center project. The utility company, Salt River Project, has entered into an agreement with BaseLayer to deploy an Arizona data center that is connected directly to SRP’s high-voltage power grid. This means that instead of having generators on site or having to run cables from the grid to the facility, the data center will be built near one of SRP’s power stations, directly on top of its high-voltage transmission line.

Beneficial For Both Parties
This approach is not only beneficial for providing more reliable power, but also brings advantages for utility vendors as well. By establishing the data center directly near the power source, the utility company can avoid costly build-outs of its transmission line networks. In this way, the data center comes to the power source, not the other way around, which has been the traditional strategy in the past.

Instead of plugging the data center directly into the high-voltage line – which transmits 230 kV of power at the station, and 10 kV downstream – SRP will build a docking station that will decrease the level of current so that the electricity is usable for the facility.

Looking Toward The Future
The project looks to be an effective cost-reducing initiative for both the data center provider as well as the utility. Although still in the development phases, this new approach could be seen within other data centers in the near future.

“It’s currently a proof of concept until we have the data to be able to show that it’s commercially viable,” said BaseLayer CEO William Slessman. “We believe we can remove … need for generation or UPS capabilities.”

Once the data center has been built, engineers estimate that its reliability rating will be at 99.99999 percent, if not more.