AMS-IX to Launch US Internet Exchanges 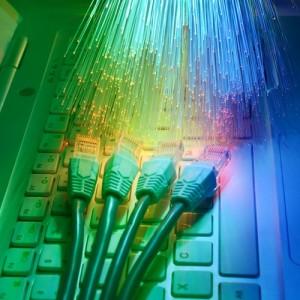 AMS-IX USA Inc. is a recently-formed subsidiary of AMS-IX (Amsterdam Internet Exchange). The U.S.-based company has entered into partnerships with Digital Realty Trust and DuPont Fabros Technology to build initial exchange points into the two organization’s data centers. Additional exchange points at Sabey Data Centers and an interconnection facility at 325 Hudson in New York City are also on the table pending market expansion.

“[DuPont Fabros Technology’s] Piscataway data center provides us with a great peering location outside of Manhattan,” said AMS-IX CEO Job Witteman. “It is strategically located in New Jersey and enables a straight line in the shortest possible distance East of Chicago. We expect this Internet Exchange to evolve into a major interconnection hub outside of Manhattan further complementing DFT’s interconnection services for its customers.”

Additionally, AMS-IX plans to launch Internet Exchanges in Chicago and Silicon Valley and expects them to be ready for live deployment during the first half of 2014. These efforts are part of AMS-IX’s market penetration efforts following a recent certification process enabling the opening of neutral and distributed Internet Exchanges in the U.S. by the Open Internet Exchange Association.

Open-IX
The Open-IX Association is a non-profit organization internally governed by its members, which include Internet operators, content owners and distributors, as well as other industry parties including data centers. The group’s goal is to drive the continuing growth of neutral Internet Exchanges to improve access to networks within critical interconnection markets. The organization’s members also hope to decrease the complexity and cost of interconnection through their efforts.

The Open-IX community is responsible for setting the standards against which Internet Exchange and data center organizations are reviewed. AMS-IX, Digital Realty Trust and DuPont Fabros Technology reportedly fit into the Open-IX Association framework, and all are expected to be certified by the group. The Open-IX structure is in place to guarantee the continued operation of the neutral governance model and technical compliance of organizations participating in an Internet Exchange.

Widening the Exchange Network
The first step in the process to set up exchanges in the three markets is the launch within the New York and New Jersey data centers. AMS-IX USA also said more locations could be added later depending on demand within the market and the availability of partnerships with other data center brokers.

Due to the fact that such a model provides a choice of connectivity options through many different data center facilities, AMS-IX administrators said they strongly believe it is the best strategy that offers the most value. In this way, the organization stated that they hope to add as many data center locations as makes business sense, in a strategy similar to the parent company’s offerings in Amsterdam.

AMS-IX’s Amsterdam platform is spread throughout 12 data centers which serve more than 600 IP networks worldwide. Currently, it is the largest Internet Exchange in the world.