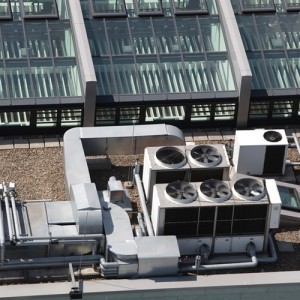 The two organizations recently announced details of the new system, releasing information about the evaporative method that immerses servers in 3M Novec Engineered Fluids. According to 3M, the cooling structure bathes equipment in non-electrically conductive fluid to remove excess heat in a passive, two-step technique.

Immersion Cooling to Replace Air Cooling
This arrangement comes as an alternative cooling mode to improve upon current, inefficient methods. 3M stated that in widely utilized air cooling, chilled water cools the air that is drawn by fans into the server racks. However, this system consumes a considerable amount of electricity whereas the immersion technology is a superior arrangement for data center sustainability.

"In fact, the EPA and industry groups such as ASHRAE (American Society of Heating, Refrigeration, and Air Conditioning Engineers) have concluded that conventional air cooling technology is a leading cause of inefficiency, often consuming the majority of a data center's electricity," stated the company.

The system utilizes semi-open baths, where fluids make direct contact with heating elements, bringing them to their boiling point. Vapor is naturally created, condensed and collected in the surrounding air or facility water without the need for chillers or energy to move the moisture.

Asia's Most Energy Efficient Data Center
Although similar immersion technology has been utilized for several years for supercomputer, transformer and traction inverter cooling purposes, 3M and Allied Control are the first to introduce such a method for data center cooling. The organizations recently implemented their system within a Hong Kong data center design. With the arrangement in place, the facility represents an industry-first in data center cooling, as well as Asia's most energy efficient data center structure.

The immersion method was built into the facility's 19-inch server racks in a modular data center design, bringing the PUE rating of the structure to 1.02. The near-ideal score is more surprising in that the organizations did not include free cooling into calculations, and the surrounding environment of the area is especially warm. Allied Control executives stated that within a cooler climate, such as that of North America or Europe, PUE ratings could be even lower.

Furthermore, the Hong Kong data center experienced more than 95 percent savings in cooling electricity, translating to $64,000 saved each month. The 500 kilowatt facility is also free of chillers and air conditioning units, using the immersion cooling method as the sole source of cooling.

The 'Holy Grail' of Cooling Technology
Allied Control vice president Kar-Wing Lau calls the system the holy grail of cooling and data center sustainability, as it can save not only a significant amount of electricity and expenditures, but space as well. Lau hopes this data center design feature will become the new gold standard in the industry.

"There's no denying that immersion cooling will play an important role in the future, and that it has great potential for growth," Lau said.