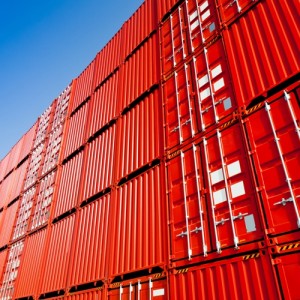 According to recent industry research, the global modular data center market has seen an increase in activity lately, and this trend will continue for the next few years. These findings are supported by several recent modular projects centered around China-based organizations in particular.

Global Modular Data Center Market Grows
A MarketsandMarkets report shows considerable expansion in store for the global modular data center market over the next few years. Researchers have predicted that the modular data center sector will increase at a 31.9 percent compound annual growth rate through 2019. This will cause the industry to expand to $26.02 billion over the next five years, a significant uptick from 2014’s $6.52 billion.

The report noted that there are several major factors leading to this market growth, including the vast benefits that a modular design can provide for a computing facility initiative. This includes rapid deployment, increased cooling efficiency and equipment density, as well as savings on energy costs.

“Modular data centers address the challenges such as bringing a data center from scratch to online within weeks. optimizing power usage effectiveness, ability to add new capacity as and when needed and reduction in [an] organization’s capital and operational expenditure on setting up and running [a] data center,” the report stated.

Huawei Launches Modular Data Center for Meizhou
Toward the end of August, Huawei announced that it was taking part in a project with the Meizhou Branch of the China Construction Bank to establish a modular data center for the company. As part of the initiative, Huawei provided a modular data center for Meizhou which includes integrated racks, power distribution and cooling components, as well as cabling and management systems. Together, these aspects allow the modular facility to offer the level of rapid deployment the Meizhou Branch needs along with the opportunity for flexible future expansion.

Currently, the modular data center can support 7kW of critical power and provides just over 645 square feet of interior facility space, saving the company 30 percent in space compared to a traditional data center. The modular structure also utilizes in-row cooling and an aisle containment arrangement as opposed to a raised floor design. This provides boosted energy efficiency and improved removal of excess heat throughout.

Schneider Electric helps Baidu with Modular Data Center Project
Chinese search engine firm Baidu selected a Schneider Electric modular data center for its newest facility. The project calls for the deployment of two data center modules which will be delivered as complete systems. The modules can be deployed inside a previously established structure, or outside as standalone facilities.