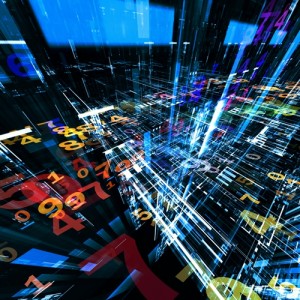 A new report released by MarketsandMarkets in mid-September estimates that the global data center power market will reach $23.67 billion by 2019.

To support the growing number of new facilities, a massive amount of energy is required. According to an industry report, global data center electricity consumption increased 19 percent between 2011 and 2012. As such, the use of power contributes to nearly half of the total cost of a data center. In an effort to reduce providers' expenditure and total cost of ownership, a variety of companies are beginning to create efficient power solutions that reduce the amount of energy used.

A variety of power solution providers are offering energy alternatives with data center sustainability in mind, creating products that reduce the cost of facility infrastructure and operations while increasing capacity. As more environmentally conscious energy methods are being employed in computing facilities, the global data center industry has experienced a decline in the consumption of electricity over the last two years. Power use in North America data centers increased only 6.8 percent in 2013, less than previously predicted, causing the forecast through 2016 to be reduced by 1000 MW.

Just as the power market is growing, the demand for efficient energy solutions is also projected to see healthy gains in the near future. One reason for this increase is the new trend of data centers deploying high-density zones in which each server rack uses more than 10 kW. The experience the full advantages of such zones, efficient power solutions must be utilized. Energy solutions for data centers are currently playing an important role in the various verticals within the industry, as they enable cost-efficient networking and raise IT equipment capabilities while maintaining their lifecycle.

In a recent survey conducted by the Uptime Institute measuring average Power Usage Effectiveness, approximately half of all participants reported targeting PUE ratings between 1.2 and 1.5. Currently, the average PUE rating is 1.7, signaling a shift towards increased use of efficient solutions and greater data center sustainability.

According to the report, North America is projected to be the biggest region for the global data center power market, as such a high number of facilities are located on the continent.