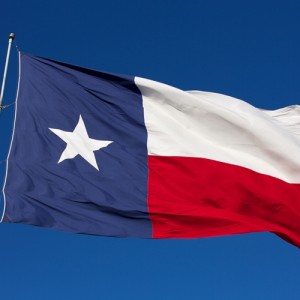 At the end of November, DataBank announced the completion of its Dallas data center expansion project. The company isn’t the only firm growing its service footprint in Texas. According to data center research, the Dallas-Fort Worth area provides a number of benefits for operators and is attracting considerable attention recently.

Texas Data Center Construction To Double
Industry experts recently predicted that throughout this year, Texas would see double the amount of data center construction. What’s more is this trend is poised to continue in to the future, as more data center operators establish footprints in the Dallas-Fort Worth region.

There are a number of data center projects under way in the area. North Texas is seeing a construction project that, when completed, will provide 155,000 square feet of space as well as 25 MW of critical power load. This initiative will also see another 592,000 square feet of space and 80 MW added in the near future. Currently, 60 percent of that space has already been leased out to interested clients.

Much of the data center market growth taking place in Texas comes due to increasing cloud needs. Currently, the insurance sector represents 35 percent of the overall Dallas market, with banking and financial services making up 20 percent and healthcare making up 10 percent. These groups all require data center support for their cloud needs. As these demands continue to increase, more data center operators are looking to offer facilities to provide for enterprises’ cloud requirements. While the technology industry occupies 25 percent of the Dallas marketplace, this figure is sure to grow as more facilities are built in the area.

One expert noted that Dallas is one of the leading cities in the U.S. when it comes to data center demand. In a typical year, the area will see an additional 20 MW of power added to the marketplace. By the end of 2014, however, the city will boast an additional 40 MW of power, marking doubled data center construction in the area.

DataBank Expands Its Dallas Data Center
One company taking part in this explosive data center market growth is DataBank. Toward the end of November, the firm announced that it had completed its latest expansion to its Dallas data center. The company added 22,000 square feet of space as well as 4 MW of power load. Almost half of this space has been leased by a large, anonymous client.

Overall, the Texas data center – which was established in a building formerly housing the Dallas Federal Reserve Bank – offers 130,000 square feet of space. DataBank has seen considerable success in the Dallas-Fort Worth region, prompting the company to not only expand its Dallas data center, but grow its footprint in other Texas cities as well. DataBank also added 60,000 square feet of space to its Richardson, Texas data center last year.